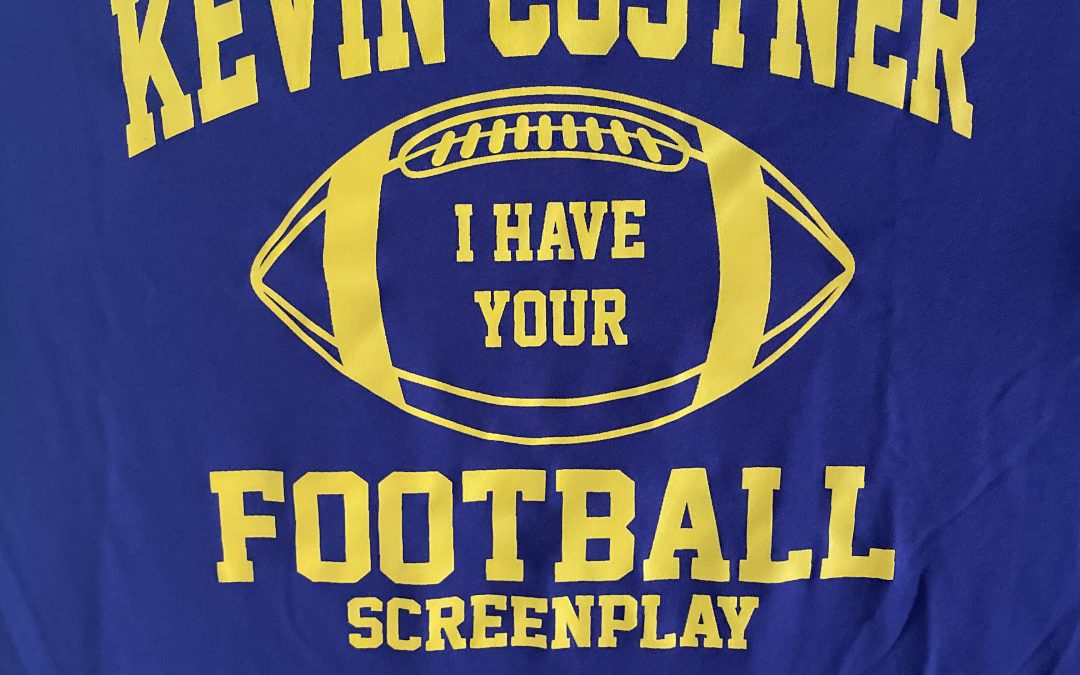 For two years I worked on and wrote a screenplay pertaining to The Golden Gladiator. I do not know why I wrote a screenplay before I wrote the book, but I did. I started it late 2014 and had it finished by the spring of 2016. Now, writing one is easy . . . getting it to someone in the industry is almost impossible. We have all heard the stories of great movies having to be pitched ten different times to ten different studios, before that lucky break

By the late summer of 2016 I was ready to move to Florida full time. After twenty-five years of running Major Sports I was heading to the gentle breezes and swaying palm trees of Florida. When I was writing the screenplay I had Kevin Costner in mine to play me, why not, I’m a dreamer. Now I was going to try and get it to him.

Searching the internet one day in early August, 2016 I found out that he played in a band called “Modern West” and that he and his band were going to be playing a venue in Ridgefield, Connecticut on August 22. So, I planned on leaving for Florida that day, but first I would take a northern detour and head to the Ridgefield Playhouse in hopes of presenting my screenplay to him.

Before heading up I came up with the idea to have some T-shirts made. They were purple with gold lettering and a football logo on them. The lettering read “Kevin Costner” arced over the football and underneath the football it read “I Have Your Football Screenplay.” They looked great.

As I drove up to Ridgefield, and it was a beautiful day for a drive, I kept thinking of ways to make my presentation to Kevin if I had the good fortune of seeing him. When I got to Ridgefield and to the playhouse parked right in front of it was his tour bus. “This is to good to be true,” I said to myself and parked the car right next to a beautiful manicured baseball field a literal “Field of Dreams” right next to the playhouse.

I got my screenplay and one of the T-shirts and walked right up to the door of the bus and knocked. Within a few seconds a man opened the door and kindly said,

I told him I had something for Kevin and he listened as I told him my story. Then I gave him the screenplay and the T-shirt. He told me he would make sure that Kevin got it. As I was standing there not believing my good fortune I instinctively took off my championship ring and gave it to him and told him to give it to Kevin. He looked at me stunned and said,

“I’ll give it to him personally.”

Then he gave me his business card, his name was Tim Hoctor. Within two minutes of knocking on the bus door I was headed back to my truck. When I did I had to make some calls and after about a forty-five minutes was going to head out. I realized I did not have a logline or three page synopsis in the screenplay I had passed on.

So, I went back over to the bus and knocked again and a different man came out and he was holding my ring. I said to him,

“Can you give Kevin these papers with the screenplay.”

“Kevin thanks you for the gesture of giving him your ring, but he cannot except a ring you earned. I will make sure he gets these papers,” the man said.

I asked him what his name was and he told me he was Luke Bulla, who was one of the musicians in the band that night. We shook hands and as I left I felt even better about the experience and thought,

“Well… I’ll just wait until the phone rings,” it never did. I hope Kevin enjoys the book. 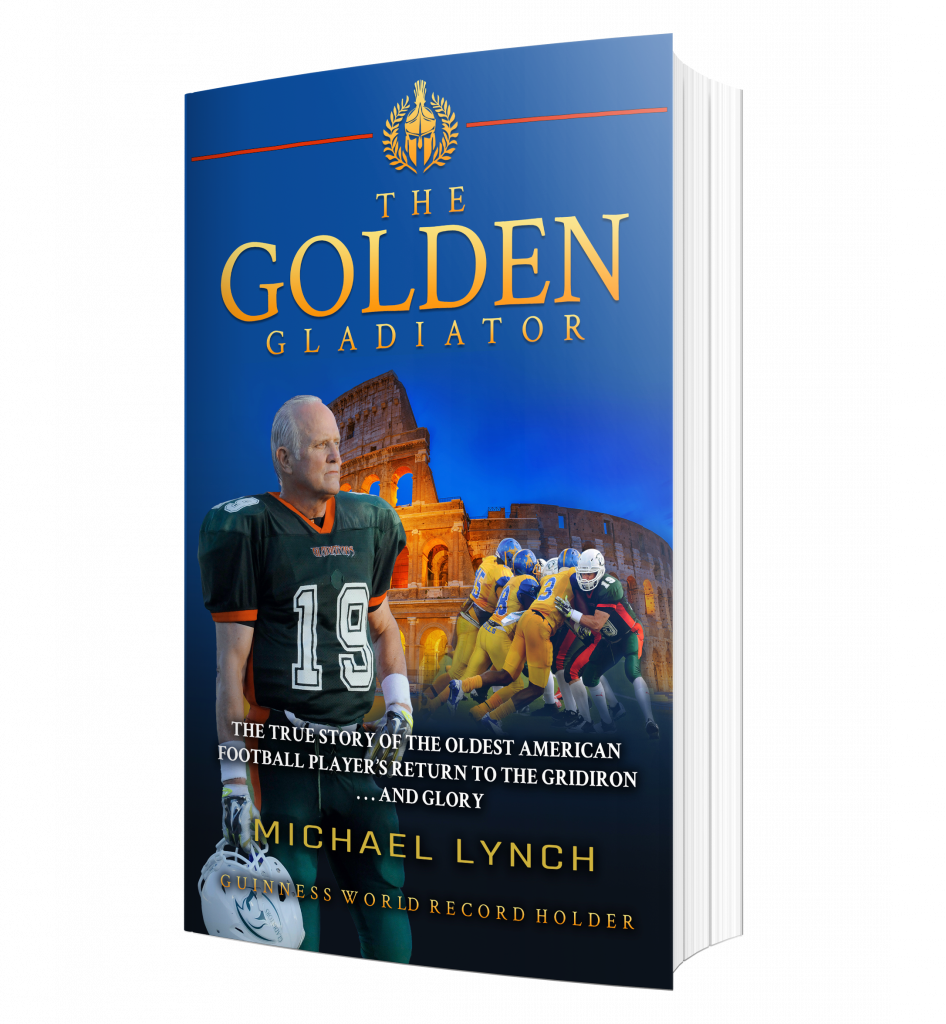 Michael Lynch, the “Golden Gladiator” was born in New York City in 1949. As a young boy, Michael preferred sports to the classroom, more likely to pick up a football or a baseball than a book. A commitment to the love of the game of football and following a dream led him to trying out for a semi-pro football team in his mid sixties. 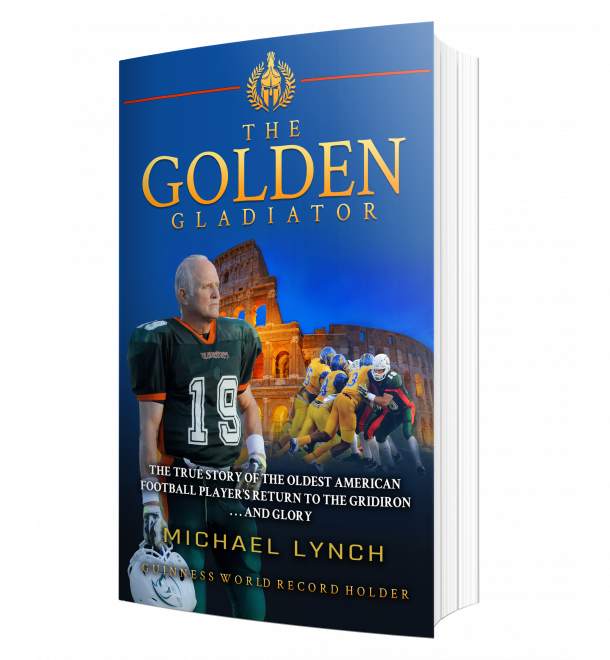 Unsubscribe at any time.

You have Successfully Subscribed!